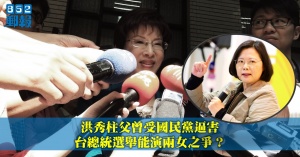 It has passed ten years since you received the Economics Prize. What impact has it had on your professional and maybe on your private life over the last ten years?

John Nash: Well, it’s almost ten years. It has had a tremendous impact on my life, more than on the life of most Prize winners because I was in an unusual situation. I was unemployed at the time. I was in good health, but I had reached the age of 66 and beginning to get social security, but I didn’t have much of that, I had many years of unemployment before me. And so I was in a position to be very much influenced by the recognition of my earlier work came about in this way. I had become widely known, but in a sense it wasn’t officially recognised. I was quoted very frequently in the literature of economics and mathematics, but it’s quite different to get official recognition. It transformed my life.

Do you think it’s better now that there are maybe special schools for specially talented children so that one can really give them what they need?

John Nash: There are many complicated issues coming into education. I don’t know that I want to express an opinion. You have to have education in different locations. You have the cities and you have the smaller areas that present different problems. The students can reach the level that they need to reach ultimately, and sometimes if they try to go into it too early, though they might, then they don’t do so well finally. So I don’t know if it matters so much. Of course the American education system is very inefficient in many ways compared to other countries in Europe or Japan, but it works in such a way that at least the few people who are going onto unusual careers and science can manage to get into that even though they go through an earlier stage that doesn’t give them much.

The movie?
… what can be called schizophrenia has an unfavourable course in history …

John Nash: The movie is easier to comment on. The movie … Of course the family … We received some money for co-operating and authorising the movie. The movie is in part an interpretation of how a case of mental illness can go or could be the nature of a case and how it could evolve. Of course most typically what you call mental illness or what can be called schizophrenia has an unfavourable course in history, in the sense that the people never really recovered to be what you could call mentally well. They become like what are called consumers of mental health organisations. They are always taking some sort of a pill. They likely are not in hospital, they get out of hospitals but they live in a form of life that’s for people who are not really highly functionable, they’re not functioning, they’re not really in the economy as self supporting people. They’re not living a normal life from an economic point of view. So in my case there was certainly a recovery of sanity and more a possibility of doing normal activities, and so it was an interesting case. And I’m not a mental patient now, I don’t take any medicine, but I have a son who unfortunately uses medication and is in this process of taking drugs and seeing psychiatrists and this sort of thing. We don’t know what the course of that will be.

But I was disturbed in this way for a very long period of time, like 25 years, and sort of starting around 30 so it was quite a portion of a life’s history.

And the movie gives an insight into how this sort of thing can go. The movie actually, at the end of it, it suggests that the person in the movie is still taking some medicine, and taking a modern type of a drug after he had tried not to take any, he’d struggled with the issue of taking. So there is a difference there. The director in the movie didn’t want to suggest that people who are living in a state with controlled mental illness, that they should stop taking their medicine. It would be dangerous to suggest this.

So it doesn’t correspond to me accurately. There had been many years since I haven’t had medicine, since 1970, that’s 35 years, well more than 30 years

答：大部份的患者無法康復，他們只是變成康復機構的顧客。藥物並沒有幫助他們處理自己的生活。我的情況比較特殊。我能夠逐步回復到正常生活，我現在沒有精神分裂了，但我的兒子有，他要服藥。
我被困擾了近20至30年。我很早便停服藥物。但，電影不能教別人停服藥物。電影所描寫的是一般的患者，在服藥之間掙扎，這不是真實的我。（The film is artistic and it doesn’t describe accurately the nature of the delusional thinking that was my history.）
電影是藝術修飾過的，它無法真實地描繪我當時的幻覺的本質。