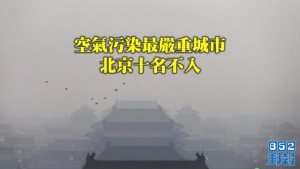 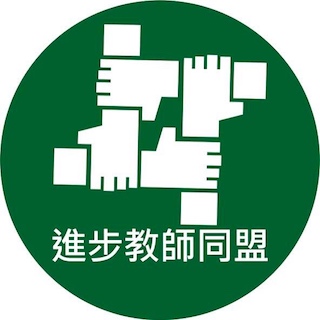 How often do you come to contact with young adults in Hong Kong who are thrilled by the pleasure of parenting? Since when do young couples see child raising as primary economic burdens? Worst still, why on earth do we think the modern world as a dangerous place for our kids? Unlike the 20th century view of children who were sturdy innocents and were believed to grow up well and capable of self-correctness, we are uncertain about modern childhood and are doubtful of children’s role in the 21st century. What has happened that has caused such a paradigm shift here in Hong Kong?

Believe it or not, child-raising skills were traditions passed down from senior family members before the era of knowledge expansion and information and technology bombardments. The seniors in Chinese families, equipped with child-rearing expertise, mentored young parents who were green in raising children, readily. The emergence of nuclear families in modern cities redefines family structure and creates new kinds of tension among parents and children.

Unlike children of last century who were expected to be sturdy and obedient, children of the 21st century are viewed as fragile, overbearing, and requiring careful handling not to unintentionally crush their shaky self-esteem. It is not at all an easy task to raise them as most parents in Hong Kong were brought up with values of fidelity piety and are anxious to discover the fact that children nowadays rank highest in any family. It creates a new kind of tension among parents and children. Should parents expect their children to be sturdy as they were expected when young, or should they follow the advice of professionals that children are fragile beings who need immense love and devotion? The cultural crash tears modern parents into pieces. Parents’ doubt about their own competence is sharpened by unrealistic expectations and the bombardment of commercial professional expertise. The ever-growing agonizing self-doubt of young parents in return nourishes the unyielding guidelines and expertise from professionals. The impossibility and inability to implement unlimited kinds of professional advice breed feelings of guilt simultaneously.

21st century parents are made anxious by two major factors: self-doubt and guilt. Anxiety catches all unprepared. We find ourselves amid parents facing the same problem in various levels and could not easily find a way out.

Anxiety caused by self-doubt
Not surprisingly, most anxieties emerged from middle-class families. Prosperity and good health conditions are goals of financially unsound families, but such attainments guarantee no complacency for middle-class parents. Modern parents set very high standards for what they expect from their children and from parenthood itself. Prosperity encourages parents to be very (if not over) sensitive to their children’s health, safety and happiness. Being too sensitive, parents start to recognize lacks instead of appreciating the provision of wide openings for their children. They commonly blame themselves for not able to fulfill the “needs” of their children. They start to look for gratification by buying professional advice and services as much as their economic ability allows. The ultimate goals of promoting development and happiness of their children end up emphasizing troubles and deficiencies due to their lack of self-confidence and orientation.

Reliance on professionalism
Doubtful parents of the 21st century, no matter what socio-economical background they belong to, seek help and comfort from professionals (popular books/websites, nursery programs and newspaper/magazine columns). Professional guidelines authoritatively replace sentimentality. Expert opinion and researches keep informing parents that children are vulnerable. The authority of professional advice diminishes the confidence of modern parents, keeps telling them they are not good enough if their children are not meeting this or that benchmark of attainment. The psychological impact is that parents live in self-doubt without themselves noticing. They rely on their own sense of sentimentality and judgment no more and would rather totally surrender to professional expertise and the advocacy of vulnerable and priceless child. One should not ignore the fact that commercial consideration might be the largest propeller behind the whole concept of vulnerable and priceless child. One of the major drawbacks of such a concept is the over emphasis of child protection.

Middle-class parents by and large wish their children to be well-protected at all places at all cost, including places of schooling. The concern about children’s vulnerability is now influencing modern school system and the promise to give all round protection to school children supersedes the giving of all round education to the young generation. Parents’ choice of schools is largely based upon protection of children that schools can offer. Due to children being vulnerable and priceless, they are too fragile to face challenges. Children are trained, in school and home environment, to seek help once problem emerges instead of being trained to stay calm, and to seek advice to solve those problems on their own. The development of problem-solving skills and emotional maturity of 21st century children is handicapped. Thus, reinforcing the idea that modern children are over-bearing and fragile.

The over-bearing child of 21st century is the main issue in modern parent-child relationship. In the past, there were traditional buffers between parents and children: the co-living and helping out with the grandchildren by older parents, and also the taking care of younger ones by older siblings. In traditional large Chinese families, the elder children acted like fathers and mothers in caring for the younger ones even if they were just a year or so bigger. The tough and demanding roles gave rise to sturdy and mature children and simultaneously created harmony between parent and children. The emergence of nuclear families and the reluctance of modern parents to have more than one kid diminish such buffer. Children themselves become more emotionally attached to parents as they lack other role models in their young lives. Modern parents ceaselessly confront children with less assistance, thus intensifies feelings of anxiety.

Conclusion
Self-doubt of modern parents leads to reliance on professionalism. Prosperity of middle-class families encourages parents to comply with expert guidelines and advice that advocate the idea of vulnerable children. Modern school system and home environment encourages children to rely on adult assistance instead of acquiring problem-solving techniques and temperament maturing. Lack of buffer to direct parent and children confrontation like co-living grandparents or helping of senior children, modern parents face confronting parent-child relationship without any assistance in nuclear families, placing parents’ self-confidence at risk. Buying professional services and commercial child-care products become a means to compensate self-incompetence. Self-doubt of parents generates fear of not able to guide children to go through the sea of troubles, and the happiness of having children is largely clouded by such fear. The dreadful fear that is generated from self-doubt simultaneously triggers another psychological impact: feeling of guilt.

Anxiety driven by guilt can lead to unimaginable destructive influence to both parents and children. Children of anxious parents would suffer anxiety to the same level as parents if not higher. Anxious parents are prone to depression and physical fatigue. The following article is an analysis on the cause and impact of guilt to modern parents.