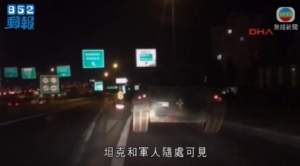 In the late 1980s, I shared a huge flat (over 2,000 sq ft) in Robinson Road, Mid-Levels, with a group of expat friends who came from Australia, Britain and America. The place had four bedrooms and besides the four of us, who were rent-paying occupants, there were often temporary lodgers coming and going at any one time. They were all guests and friends of ours and I eventually coined the name, “the Victoria train station”, because of the high volume of human traffic that passed through the flat.

We all worked in the small hours because our professions made us, as two of us were journalists, one worked in a bar and the fourth tenant was some kind of a designer. I never got to know exactly what she did because I never managed to speak to her for more than 10 minutes.

Owing to our uncoordinated work schedules, it was very rare for us to be in the same room together to have a catch up. There was one Saturday morning, we managed to get three of us, myself included, sitting at the dining table together. My two flatmates, one Brit and one American, were having a casual chat before things got a bit confusing and the two got their wires crossed.

The Brits always complain about the Americans mangling or corrupting their English while the Americans are irritated by the pretentious and seemingly patronising British accent and their use of English. As far as this war of words is concerned there seems to be no end to it. Let’s have a look at some examples to give you a better idea as to why some British phrases sometimes get their cousins across the pond so muddled and sometimes worked up.

How about “Bob’s your uncle”? Translation: “as simple as that” or “there you go”.

“What a cracker” translates as “very funny” or “a fine example of something”. However, in the U.S. it is a derogatory reference to white people, so stay away from using it when you are talking to an American, otherwise you might have to dodge a “knuckle sandwich” from smashing into your face.

Other deliciously baffling phrases include: “a complete cock up”, which means screw up; a “chin wag” refers to catching up with someone and gossiping and “chuffed” means one is pleased with something. How about telling someone “to get stuffed”? Translation: it indicates a certain level of annoyance the speaker is directing at the recipient; simply, it is another way to tell one to back off without using the usual expletives.

Normal British phrases can prove baffling to those who are unfamiliar with them, so I do sympathise if they’re not quite “your cup of tea”. Not to worry though, keep calm and carry on and “Bob’s your uncle”. Jolly good! See you next week. 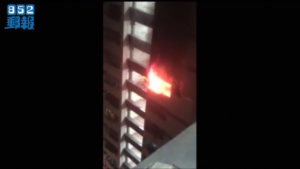