Overview of the Bill

1 The Wales Bill will implement those elements of the St David’s Day agreement which require legislative changes. It will create a clearer and stronger settlement in Wales which is durable and long-lasting.
2 The Bill is an enabling Bill and the majority of the provisions in the Bill set out the powers that are being transferred to the National Assembly for Wales (the Assembly) and or the Welsh Ministers.
3 In particular the Wales Bill amends the Government of Wales Act 2006 (GoWA) by moving to a reserved powers model for Wales. This is the model that underpins the devolution settlement in Scotland. The reserved powers model set out in the Bill will provide a clearer separation of powers between what is devolved and what is reserved, enabling the Assembly to legislate on any subject except those specifically reserved to the UK Parliament.
4 The Bill includes a declaration that the Assembly and the Welsh Ministers are considered permanent parts of the UK’s constitutional arrangements and will not be abolished without a decision of the people of Wales, and that the UK Parliament will not normally legislate in devolved areas without the consent of the Assembly, whilst retaining the sovereignty to do so.
5 The Bill also devolves further powers to the Assembly and the in areas where there was political consensus in support of further devolution. These include:
a. Devolving greater responsibility to the Assembly to run its own affairs, including deciding its name.
b. Devolving responsibility to the Assembly for ports policy, speed limits, bus registration, taxi regulation, local government elections, sewerage and energy consenting up to 350MW (see below for additional detail);
c. Devolving responsibility to Welsh Ministers for marine licensing and conservation and energy consents in the Welsh offshore region; and extending responsibility for building regulations to include excepted energy buildings;
d. Devolving power over all elements of Assembly elections; and
e. Devolving powers over the licensing of onshore oil and gas extraction
6 The Government established what became known as the St David’s Day process in November 2014. Its aim was to determine where there was political consensus to implement the recommendations of Sir Paul Silk’s Commission on Devolution in Wales second report (Silk II) on the powers of the Assembly. The process also looked at whether there was political consensus to implement for Wales some elements of the Smith Commission proposals for Scotland.
7 The command paper, Powers for a purpose: Towards a lasting devolution settlement for Wales, published on 27 February 2015, set out the recommendations on which there was political consensus. Those recommendations requiring legislative change were included in the draft Bill which was published on the 20 October 2015 for pre-legislative scrutiny. The Bill as introduced includes changes that have been made as a result of that scrutiny process and changes that have been made as a consequence of discussions with the Welsh Government and the Assembly Commission.
8 The St David’s Day process also examined some of the powers which are being devolved to Scotland under the Smith Commission agreement. The Bill takes forward two significant commitments from this exercise around which there was strong political consensus. These are – devolving all powers in relation to Assembly elections, including the electoral system, conduct, franchise and registration and devolving the licensing of onshore oil and gas extraction (including shale gas licensing).
9 The St David’s Day agreement also committed the Government to examine whether there was a strong case to implement for Wales any of the other recommendations from the Smith Commission. As a result of this work the Bill includes :
– – provision giving a formal consultative role to the Welsh Government and Assembly in designing renewables incentives and OFGEM strategic priorities;
– a duty on OFGEM to lay annual report and accounts before the Assembly, submit reports, and appear before Assembly Committees;
– the devolution of responsibility for mineral access rights for underground onshore extraction of oil and gas in Wales; and
– the devolution of powers to the Assembly to set gender quotas in respect of public bodies in Wales and the devolution of traffic signs.

10 The Bill is an enabling Bill which changes the basis on which the legislative competence of the Assembly and the powers of Welsh Ministers are defined, moving from a conferred powers model to a reserved powers model.

11 The Bill extends to the whole of the UK. However, the territorial extent of a Bill can be different from its application. Application is about where a Bill produces a practical effect. The details of this Bill’s application are set out in the following paragraphs.
12 The majority of the Bill clauses apply to the whole of the UK as they are of constitutional significance by devolving powers away from the UK Parliament and Secretaries of State.
13 The only exceptions to this are clauses 8-15 (which relate to the Assembly’s internal arrangements and therefore only apply to Wales) and clause 44 (which applies to England and Wales because it relates to sewerage in England being affect by what happens in Wales). 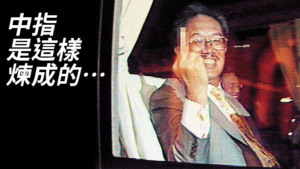