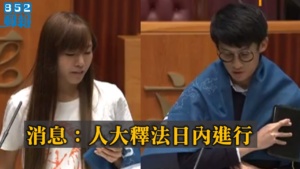 Election of One Postgraduate Student to the Council

With reference to the petition to the Council by the Hong Kong University Students’ Union, Academic Staff Association and HKU Alumni Concern Group, the Chairman of the Council, as the spokesperson of the Council, wishes to make the following response.

(1) The Council considered at its meeting on October 25, 2016, the various materials, including the complaint received, the explanation proffered by the Respondent, the relevant legal principles and the precedent established by previous decisions of the Court for guidance (see 2 below).

(2) The Council took note of the following:

(a) None of the relevant Ordinances in Hong Kong specifically apply to an internal election within the University and further, the University itself does not currently have any specific rules regulating election related conduct.

(b) The judgment of the High Court in the case of the Secretary for Justice v Tam Heung Man [2012] HKEC 648 (“Judgment”), which was specifically brought to the attention of the Council, provides a good reference as to what constitutes corrupt conduct at an election. (Such Judgment sets out the legal principles when assessing whether any advantage was offered as an inducement to vote for a candidate. It was confirmed in the Judgment that in determining the intention of the relevant person the nature and value of any advantage could be taken into account.)

(c) The Respondent’s explanation, which included, amongst other things, that it was not his intention to bribe any person into voting for him and in this respect he referred to the insignificant value (about RMB 0.80) offered through the “Red Packet” by way of justification. (It was confirmed in the Judgment that in determining the intention of the relevant person, the nature and value of any advantage could be taken into account. Factors, such as whether the Respondent thought that anyone could be induced to vote for him by the offer of such a small amount of money, are linked to intention and could be considered.)

(d) An allegation of corrupt conduct at an election is a serious charge, and such allegations therefore would need to be proved by a preponderance of the evidence.

(3) On the basis of the materials before the Council and after careful deliberation, the Council resolved to dismiss the complaint.

(4) It was also recommended at the Council meeting that the University’s election regulations be reviewed and revised to provide further guidance to future candidates in light of this experience.

The Council Chairman is grateful to the student, staff and alumni groups for their concerns. It is hoped that the above has addressed the issues raised in the petition. 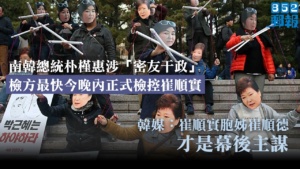