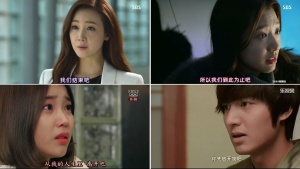 轉載│外籍記者論光復：all rules of the game have changed The big question is WHY?

Why, when we have a malign government that failed to be moved by 79 days of Occupy have many highly motivated young people turned to combating smugglers?
Isn’t all this New Territories shenanigans just a side show to the main event which is political reform? Wouldn’t their efforts be best served outside Legco facing down the government they hate so much?

The answer to this question is a resounding NO!

Because all rules of the game have changed. In the eyes of the young people who make up these Direct Action Groups Pan Democrats have been dallying with the government for 30 years and achieved all but nothing. For them, it’s an entirely new game and they are taking politics right back to the roots. Local politics for local people solving local issues. They are the masters of their own destiny now. Not distant politicians with political agendas that have been forged over decades. They know no-one is coming to save them. They know the force that they are fighting has enormous influence and resources, but they also know that real power lies within in the hearts and minds of the people.

Over the past few months these groups have begun to capture the hearts and minds of the residents of Sheung Shui and Tuen Mun. The currency they are dealing with is called empowerment. A community empowered to take charge of its destiny is a powerful force for change.

Admittedly, there are many in these areas that are still slow to catch up with their message and struggle to separate these groups out from Occupy, but the tide is turning. The people in these long suffering districts are slowly realising that they have the power to take their districts back. Certainly, they may not agree fully with the Direct Action Groups hardcore tactics, but they fully support their message.

These groups have taken it upon themselves to be the hammer that breaks down the door of local issues. They openly accept that the police are authorised, from the very top, to use whatever force is necessary to meet them, for they understand clearly that the harder the police hit them, the louder their message is amplified.

In the current climate, provoking the police is not difficult at all. Just being there is enough for the police to come out fighting and the trap is sprung. The media predictably jump all over it and their goal is achieved. For the Direct Action Groups the Tuen Mun operation was a complete success. Every news media organisation in Hong Kong now has the plight of these affected communities front and centre. This is all thanks to a small group of politically astute, hardcore protesters, non of which are much older than 27. Using a delicate blend of cooperation and confrontation they have bought a festering, hidden sore of Hong Kong life into the spotlight and laid it bare for everyone to see and solve. The locals thank them for it.

But let’s be clear here, these maybe raw, high stakes protests, but they are in no way coarse or uncontrolled. It’s a highly calculated balancing act between knowing when to push and knowing when to yield. This they learnt in the cauldron of the Mongkok Occupy. On Sunday, they played the police like an old fiddle. Just being there was enough to make the police go into hyper aggression once again. This doesn’t mean to say that they relish conflict, nor does it mean to say that every time a person is pepper sprayed or arrested the group members aren’t beside themselves with anger and anguish. Instead, it’s an acute awareness that the police have long since set themselves up as a political arm of the government, therefore they are a legitimate political force to be manipulated at will. An amplifier as it were, which the groups turn on or off depending upon the timings for their message. No doubt the police will now be bringing all the sophisticated powers they have to monitor these new groups and curb them at every turn.

Just take a while to digest that. Civic groups set up specifically to encourage and support local issues and problems are now the focus of the police, as if they were terrorists or triads. Can there be any doubt that Hong Kong is being lead down the wrong path by malignant people?

This kind of Direct Action like we have witnessed in Tuen Mun and Tai Po, may not be your cup of tea. They are certainly not the main road to universal suffrage, but they are an essential part of it. While some say the Occupy lost public support, they have begun to win it back where it counts, in the districts. You may never fully understand them but don’t shun them. If you can, please support them. They certainly need and want your support. Whatever your view, remember their goal is the same, even if their methods may differ drastically.

This protest spectrum is the sign that a genuine revolution in society is taking place.