You don’t know me. My name is Robert Yung CHOW, a very small Facebook user from Hong Kong, and I would like to share with you our Facebook experience. We opened a Media/News/Publishing fan page called HKG Pao this month, and immediately strange things began to happen.

On the first day we opened our Page, Facebook deleted our first post after seven hours. Within the next two hours, two more posts were deleted, making it three on the first day. The following morning, the fourth post was deleted. We put up a total of 18 posts during the first 24 hours and four were deleted, a ratio of 22%. The deletions happened both in our front end (Timeline) and our backend (Insight).

Now one would think we must have done some pretty offensive stuff, like insults to religion, pornography or worst. I would like to give you a brief rundown of what were in the posts:

The first post deleted was a piece authored by me explaining why I decided to start the web media called HKG Pao. The 800 word article had already been published in a newspaper, and was posted in my own fan page, as well as shared by a few sites the day before. No problem there. The picture we used was one featuring my not too attractive face, and which was approved by Facebook for use as an ad, and it is still being run on Facebook.

The third post deleted was an announcement for a voting to select the most popular faces of a political movement. The accompanying picture contained images of about 13 people, just head and shoulder shots. Nothing indecent there.

The fourth post deleted was a published newspaper article and we poked fun at a student leader who became the nominal head of 90,000 college students in Hong Kong by getting just 37 votes. What democracy, we asked. The image used was the student’s head and shoulder shot at a press conference.

We reposted the four and are waiting to see if they will be deleted again.

I am first to admit that Hong Kong is deep in the throes of a political turmoil (we just survived 79 days of Occupy Central/Umbrella revolution). We belong to one camp fighting for universal suffrage to be introduced in 2017. The opposition feels that the current political package proposal is not good enough and wants it rejected. That’s the gist of our differences.

Well, Hong Kong must be a tiny dot in your worldwide operation, and our insignificant fan page is no more than a speck in the Facebook universe, but since you and Facebook are all for communication, I have therefore decided to directly communicate with you.

People are suggesting that four Facebook deletions of non-offensive material (our claim) in just 30 hours of a fan page’s existence must be something of a record. A few have even questioned if Facebook is taking a political stand in Hong Kong or someone working in Facebook was trying to satisfy a private political agenda. I cannot for the life of me believe the former is true. As for the latter, I can offer no evidence except to say: heaven forbid.

That’s why I am bringing this to your attention. If we break any rules, and are punished for it, that’s fine and I’d accept it. But I imagine in this civilized age, the accused should be informed of his crimes before he is punished. If we incurred a lot of complaints, politically-inspired or otherwise, I suppose someone at Facebook would look at the evidence before applying the capital punishment, right? Well, did someone look?

Dear Mark, this is no request to go back to change the past. I am just humbly requesting you and Facebook to do what you think is the right thing going forward (that’s quoting you). I am not demanding anything, apology or whatever. Whether you will let me know what your finding is, I leave it to you and your team to decide. But getting an answer will be nice.

Like you said: I have calmed down, breathed and then typed you this e-mail. I do hope I will get a”We hear you. ”

By the way, I cannot close without telling you Facebook is a great product and we intend to communicate through you a lot. I just hope we won’t be shut down by someone in Facebook next, and wondering why. Thank you, Mark, for hearing me out. 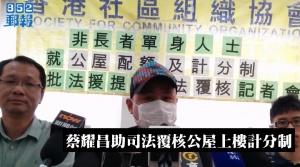